After an initial widespread cringe at the show title, the community surrounding Hopetoun and Ravensthorpe scurried to purchase tickets to RRAC's second comedy presentation for 2018! With all the glitter and glam that a girl could provide "Fat Girls in Bike Shorts" Rosie Sitorus and Kellee Aberg gave Hopetoun the spangled performance they were expecting! 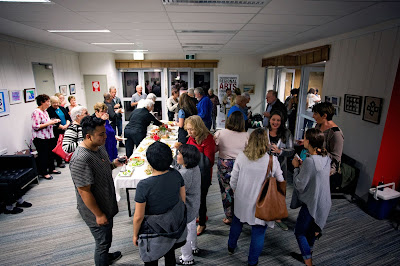 Eager for comedy and company, approximately 30 Ravensthorpe patrons travelled down on the Lotterywest funded bus to partake in a community soiree come stage performance that was "Fat Girls in Bike Shorts". Hopetoun audience members were delighted to have more friends join the party of over 100 people, and all were impressed with the star of the soiree, a glittering pyramid-stack of chicken nuggets! 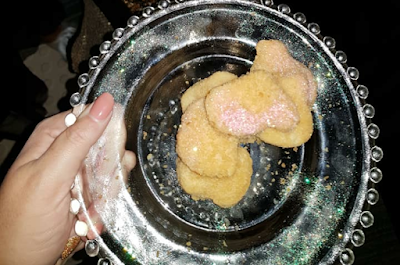 The show tackled important issues such as what to do when you are cheated of one chicken nugget when going through the “drive thru” and the solution to sweaty summer cavorts – bike shorts of course! But on a more serious note, the show resonated the real struggle women face on body image topics. Not many of us are perfect and the girls were there to reinforce the message that we are all beautiful, smart and sassy no matter the shape. 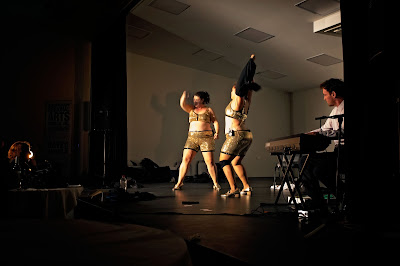 As an audience member, the show was relatable, it was obviously written from the heart and from real life experiences. You appreciated the honesty behind the ridiculous songs and gave credit to the boldness of the "Girls" on stage in very small sparkly costumes! There was no ego in the performance, they were real life characters making light of a sometimes-harsh world and inviting us to laugh not at them, but with them.

The Hopetoun performace was the last for "Fat Girls in Bike Shorts" and they celebrated by bestowing us with an Honorary member! During the post-show soiree, the casual encore of music and singing went on, a real treat which set a great mood. Catering by the Hopetoun Primary School P&C was faultless, a classy spread of the most delicious delicacies. 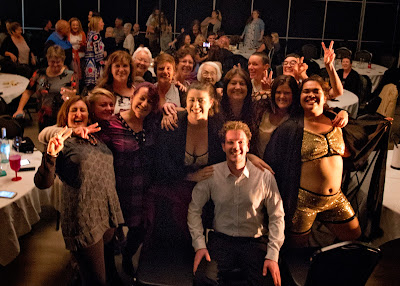 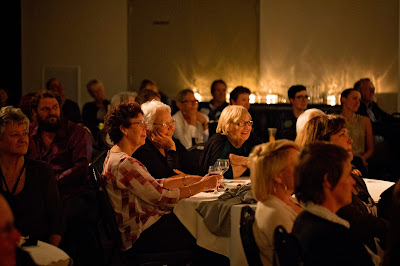 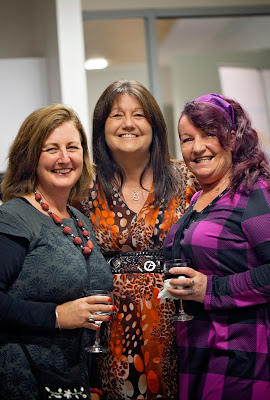 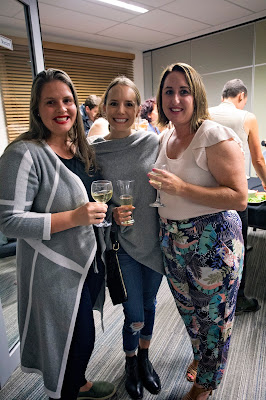 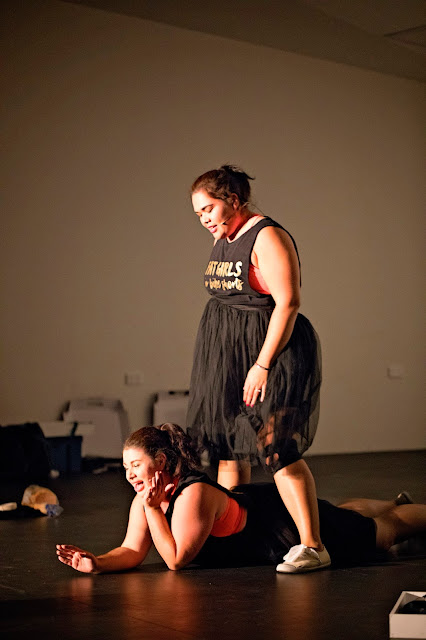 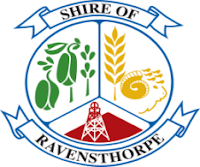 Posted by Ravensthorpe Arts Administrator at Monday, March 26, 2018 No comments: 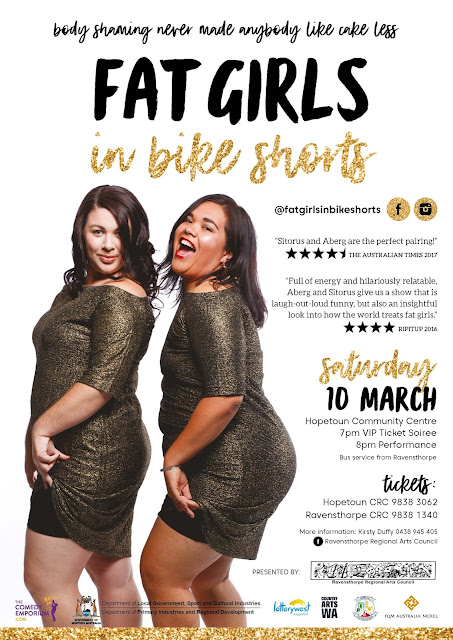 Posted by Ravensthorpe Arts Administrator at Friday, March 09, 2018 No comments: 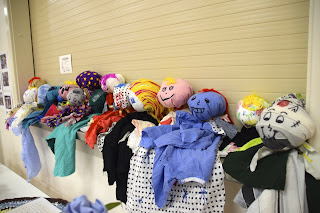